The building features a voluminous three-story lobby that provided great potential for dramatic new finishes to attract high-end tenants. Maugel revitalized the lobby with sleek materials and lighting and large expanses of floor to ceiling glass to illuminate the space. Vibrancy was added to the space by relocating activity zones into the building's common areas. 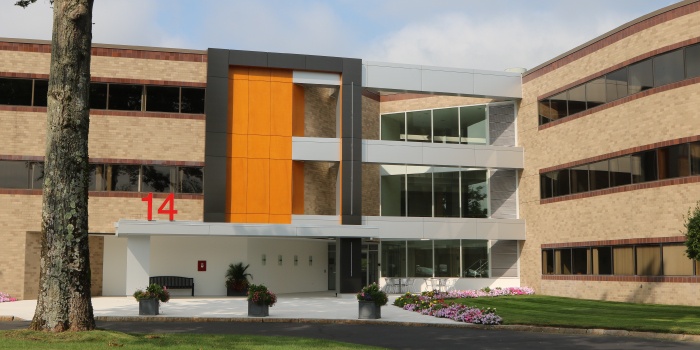 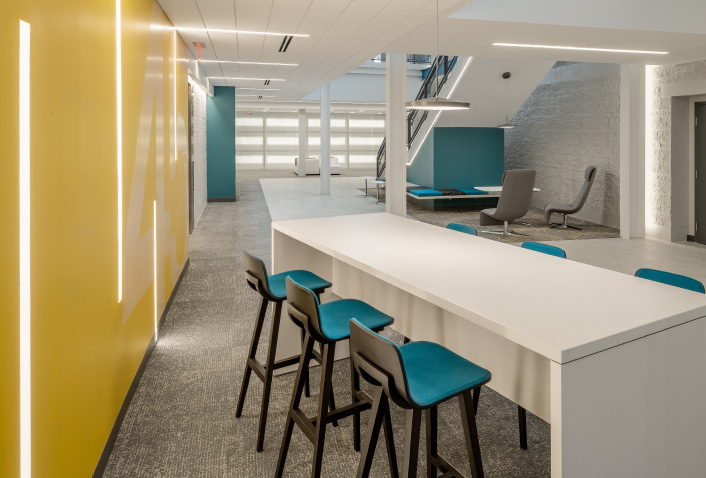 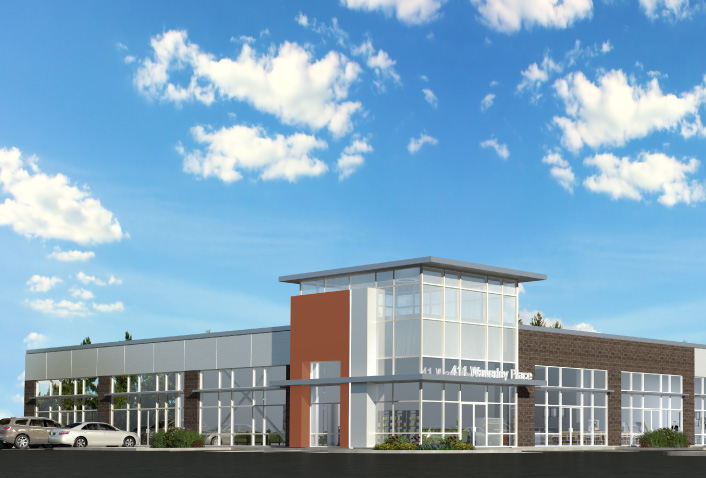