Vertical Housing Development in Suburban Markets: The Time is Now 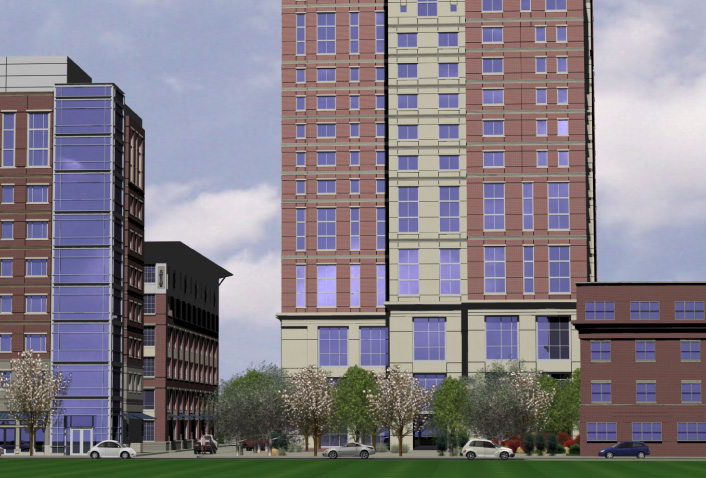 As a young architectural student, I remember reading Latvian-American architect Gunnar Birkerts’ urban planning book Process and Expression in Architectural Form. In the book, Birkerts encouraged maximizing the height of space above the ground plane, as well as the depth of space below the ground plane. The concept created a vertical stacking where people interaction spaces lived above ground and the noninteractive, unsightly spaces were located below; it would be a utopian built environment where all movements of utilities, trash and vehicles would never see the light of day. As a student, I found it a fascinating and wonderfully original concept, until I found that it had been done before — not in ancient Rome or cosmopolitan Paris, London or New York — but in Disney World. Had you noticed?

As designers, we are often overly (or perhaps properly) influenced by appearances, beauty, neatness and organized visual imagery. That is why many of us find utility poles so offensive. Thankfully, many new communities have adopted Birkerts’s and Disney’s vision for subterranean utilities. The trash collection system will have to wait, but we can learn from such visionaries and leverage these concepts to solve issues facing us at this critical time.

The pandemic has caused us to question our approach to design: Are our cities too densely populated to be healthy? Do our building codes have to be rewritten for safety protocols? Are our zoning bylaws antiquated?

And, what do we do about the housing crisis?

The Third Rail of Economic Development

The greatest opportunity for a tidal change in housing stock and building typology in Greater Boston is west of Interstate 95. Housing development has become the “third rail” for many suburban communities. It’s an emotionally charged issue that creates opposition between residents, zoning boards and town economic development officials.

I was recently a panelist at a virtual real estate event hosted by a regional economic development coalition. Much of the discussion focused on the need to create enough housing stock to attract businesses to area towns. One clear message emerged: If workers cannot find affordable housing, companies will look elsewhere. Unfortunately, current suburban zoning bylaws often limit creative design options to solve the housing shortage.

The pandemic has also caused many people to reexamine priorities and to seek quality of life improvements. I believe these effects will be long-lasting, ultimately contributing to significant migration out of cities in search of better and more affordable housing options that provide high-quality design and amenities, including outdoor recreational activities. Vertical structures would help provide such environments.

I am not suggesting tall towers in the suburbs, but rather six- to 12-story structures that could be woven into the fabric of midsized towns along the circumferential highways. This would allow for housing within walking distance of restaurants, offices and shopping that create vibrant mixed-use communities. Other benefits include more attractive and diverse building typology with smaller building footprints that preserve open space for socialization and save on construction costs, if designed properly.

The Boston area has a wide disparity in housing density. Our office is located in a pastoral, agrarian community west of Boston where housing has two-acre zoning. In suburban communities closer to the city, building height restrictions, and to some degree old social norms, dictate that we build horizontally. As a result, we are designing numerous 200- to 300-foot long structures that cover all available ground, except wetlands, and offer few site amenities such as parks.

The massing of these horizontal buildings is not conducive to beauty, neatness or organized visual imagery. At times, we have been asked by clients or zoning officials to make these developments look like something they are not — twelve gables in a row will never look like an elegant house in an affluent community.

By contrast, One Dalton is Boston’s third tallest building at 742 feet and 61 stories, housing 215 hotel suites and 160 luxury condominiums on little more than an acre of ground— the equivalent to 375 dwelling units per acre. That is quite a range of housing densities.

Existing zoning differences are understandable given their respective contexts and demographics. However, the current housing crisis demands that we look for a more creative approach — one that increases suburban dwelling density, protects the environment, reduces traffic congestion and elevates the quality of residents’ lives. Bringing vertical housing prototypes to the suburbs is a tall order (pun intended), but it can be done. To succeed, suburban zoning must change. Architects, developers and builders need to work in partnership with town planners and planning boards to eliminate obstacles and encourage new zoning laws that allow for well-designed and properly sized market rate and affordable housing with a mix of convenience retail and open amenity spaces.

If real estate leaders and town officials give vertical housing a chance, I believe we can significantly improve and expand high-quality housing options. For example, let us imagine that zoning changes were made to allow eight stories, rather than four, with no increase in density. Such a project would have half the number of units per floor, facilitating social distancing, and twice the open green space for amenities. In exchange for the building height increase, all utilities, waste receptacles and vehicles would be subterranean, creating the future that Gunnar Birkerts envisioned.

I think Birkerts would be proud.

Subscribe to Maugel DeStefano News. It's a great way to keep up-to-date with our latest project announcements, company news, and thought leadership articles from our industry experts.