Five Practices to Avoid When Master Planning Your Next Facility

A master plan can not only be a roadmap to guide next steps, but can also provide the framework to remain agile and responsive to change.

Need a master plan for your organization’s property?  Whether formulating a renovation, a new building or an entire campus, we have learned the value of looking past the obvious constraints, making bold moves, and not being afraid to ask “How?” and “What if?”  In our ever-changing world, a brilliant master plan can not only be a roadmap to guide next steps, it can also provide the framework that allows your organization to remain agile and responsive to change.

Here are five vital components not to be overlooked in generating that plan:

1. Not Looking Ahead. We’ve all heard the adage that ‘prior planning prevents poor performance’.  However, we often hear our clients remarking on how their facilities or spaces fall short of their needs because of something that was never anticipated.

As an example, on a recent project, we were asked to generate design solutions for a phased facility expansion.  When constructing the original building more than ten years earlier, the owner had anticipated future growth, but the facility had been configured in such a way that the most logical expansion area would require relocating building infrastructure -- a costly oversight.   Lesson learned:  If you foresee a future need for change, plan for it now and take into account infrastructure, land use, evolving technologies, transportation, dynamic program needs, staffing changes, etc.

2. Undervaluing the Quality of the Built Environment. In the same way that your logo communicates an important message to the public, your facility’s design establishes your organization’s image. People respond to environments when they create a positive experience, and these spaces can act as a magnet to attract opportunity and retain talent.  Such an intersection of design and experience doesn’t happen by accident – you need to plan for it. We recently faced the challenge of renovating an existing building that suffered from a lack of natural light.  Through creative planning, we brought the outdoors in, transforming the inherent character of the interior environment by cutting into it a series of courtyards.  The occupants’ experience was dramatically enhanced by this gain in “beachfront property – employees and visitors seemed generally happier and more upbeat.

3. Not Getting Feedback From Everyone. While no project can accommodate every wish list item, a master plan cannot be comprehensive without full consideration of all end users’ point of view. You have to involve the right people in the process, walking a mile in each stakeholder’s shoes. Respecting and acknowledging the insight they offer can dramatically improve facility function and has the added benefit of giving users ownership in the solution. All ideas and feedback, from each and every level within any organization, deserve to be respectfully heard and considered.

When planning a satellite medical facility, an office supervisor was certain about the equipment and workspace needs for the front office staff. However, once we met with all the various departments, we quickly learned that the front office staff — vital “first impression” representatives — were best served by organizing their spaces differently. Their input led to a more efficient and functional environment, and each user owned its creation.

4. Refusing to be Adaptable. As the design process kicks off, it’s tempting to latch on to an idea or approach that generates instant enthusiasm.  But don’t lose sight of the journey on your way to the destination — the most effective route may have yet to be discovered. Adopt an adaptability mindset. When you’re willing to revisit your assumptions and rethink your initial direction, you hold open the possibility of finding a better solution.

While developing the strategic plan for a major U.S. airport, my team was working on the premise — handed to us at the outset — that a rail system would connect the terminals to one another. This inter-terminal transportation system initially formed the foundation for all other design components. However, multiple factors eventually put the rail system on the chopping block, necessitating a radical re-thinking of the program for the site. What seemed like a blow to the strategic plan ultimately became a gift. Forced to view the site through a fresh lens, we recognized that centralized airport functions could form the hub of the site, with the existing terminals connecting to it like spokes on a wheel. The result yielded more direct terminal to terminal connections, sensitivity to cost and maintenance, and the opportunity to develop attractive and vibrant architectural elements.

5. Not Asking “What If?” Sometimes constraints inspire creativity. At all stages of planning, be empowered to ask “What if?” and “How?” Like the sentiment “Never say never,” consider ways in which a radical or bold move might dramatically improve a plan and offer new opportunities.

I still remember a meeting we attended with a committee to plan their church campus. The existing church building, a quaint rural chapel, was rich with history and an intrinsic, welcoming character — the revered feature around which the church complex was slated to grow. We suggested reversing the direction of the chapel, changing its orientation 180 degrees. It was a bold approach that was met with dropped jaws and trepidation on the part of some committee members. But once evaluated thoroughly, the bold move was enthusiastically accepted, and plans for the campus came to life. Ultimately, an inspired plan offering enhanced functionality and beauty evolved from simply asking “What if? 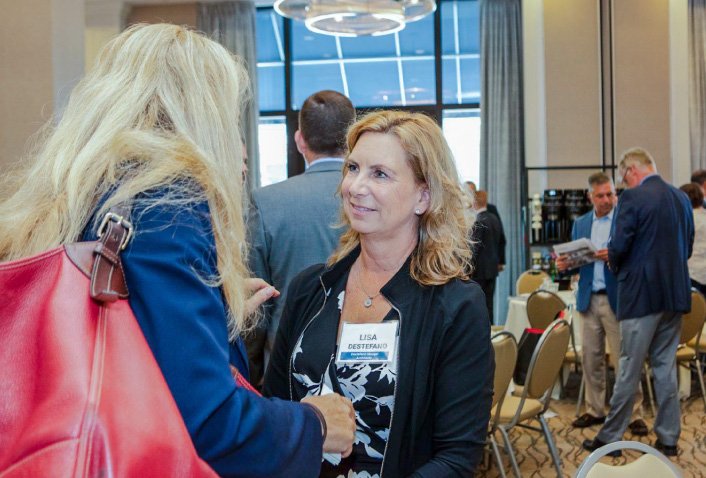