Brent Maugel was featured as one of the 10 to Watch in the Worcester Business Journal's MetroWest495 Biz Magazine. The 10 men and women featured are movers & shakers in MetroWest business and public life.

A reprint of the article follows:

Brent Maugel, principal of Maugel Architects in Harvard, recalls a time early in his career when he considered himself solely an artist and an architect.

"There was a time where we would do anything anybody would pay us for," said Maugel. "I didn't know anything about business."

But as his firm has grown over the years, Maugel has added businessman to his list of titles. Maugel now uses personality profiles to hire architects and has established systems to improve both performance and accountability.

The firm has designed many recognizable buildings in the area – from Fidelity Bank's Leominster headquarters to Shaker Hills Country Club's new clubhouse.

Maugel credits more refined business processes with shepherding his firm through the 2008 recession, when he said revenue was cut nearly in half. Through steady improvement in the years that followed, Maugel said revenue is back to 2007 levels. As is the case for many architects these days, the average job is smaller and there are more of them, but he feels confident about the years ahead, and said his firm has plans to double its business by 2014.

The year is off to a good start so far. The owners of a 131,000-square-foot commercial building in Chelmsford called Five Omni Way recently hired Maugel to design a two-story lobby and other areas. And Winchester Bank hired the firm in January to redesign its headquarters.

Maugel set out on his own in 1989 after working for several big firms in Boston. He wasn't happy with the pace of the projects he was working on. Just prior to going solo, Maugel designed an expansion of North Station under Boston's TD Bank Garden. The expansion was completed just five years ago.

Maugel moved to Harvard at the turn of the century after a six-year stint in Concord. The move made him nervous.

"That was a big play for us because we were moving farther away from Boston and we had set down some pretty good roots in Concord," he said.

But he badly wanted his own building. And he wanted to design it. So he took an ownership stake in his firm's Ayer Road headquarters – part of a four-building development – and did just that.

The building has a cupola, which is an architectural nod to H.H. Richardson, who designed several buildings in the area, and plenty of natural light. The space also has various types of lighting and other features that serve another purpose – showing options to clients.

"We use the office space as a tool to explain what their offices can be like," Maugel said.

Not only is Maugel happy with the space, he was also relieved to find a capable workforce when he moved to Harvard.

"We found this whole group of youthful, energetic, talented people that were very pleased to drive 10 minutes to work and have free parking," he said.

Like any other business, architects have to make money. But Maugel stresses the importance of charity and the social value of his employees' work.

Maugel has done pro bono design work for various projects, including the Old Methodist Episcopal Church in Berlin, a historic building a nonprofit group is converting into a community meeting space.

Evy Dueck, who heads Old Methodist Episcopal Church of Berlin Inc., said Maugel was the first firm to donate its services to the effort, and Dueck said that made it easier to get others to sign on. The project now has the support of 30 businesses. 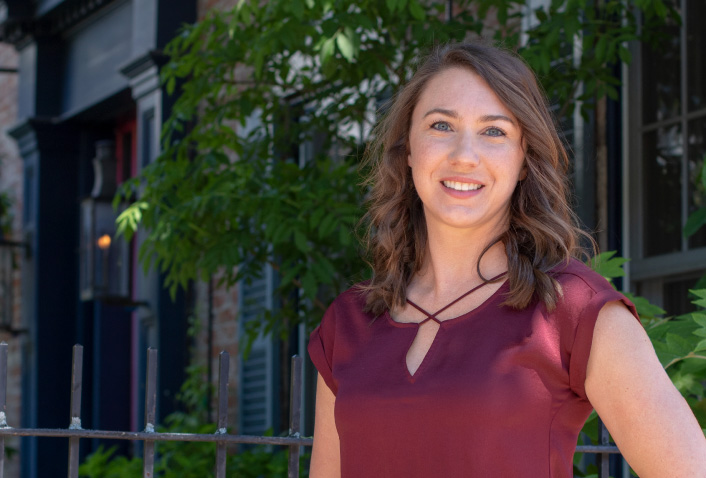 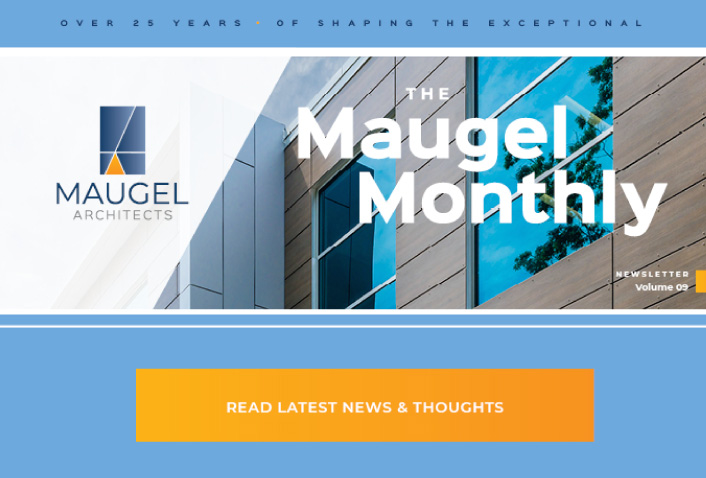 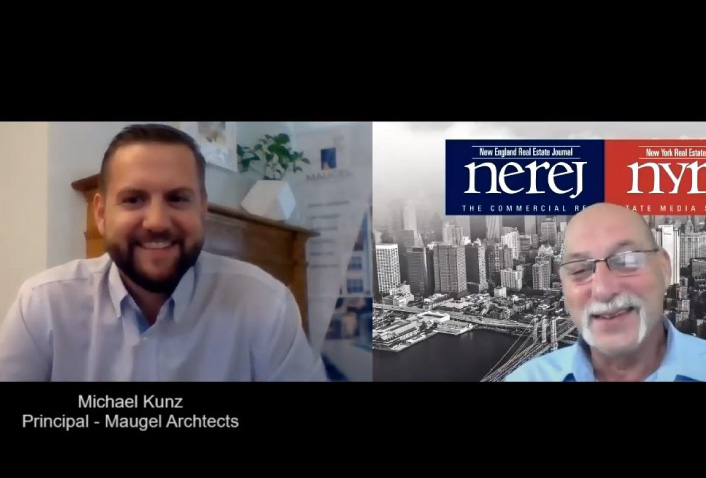